hTERT NF1 ipNF95.6 is a Schwann cell that was isolated in 2008 from the cranial nerve XII of a 6-year-old, White, male with Plexiform Neurofibroma (tumor not malignant). Through exogenous expression of human telomerase reverse transcriptase (hTERT) and murine cyclin-dependent kinase (mCdk4) using retroviral (and subsequently lentiviral) vectors carrying the hTERT and mCdk4 genes, normal (NF1 wild-type, +/+), neurofibroma-derived Schwann cells that were heterozygous (+/-) for NF1 mutation, and homozygous (-/-) for NF1 mutation, were immortalized. It is used for research on Schwann cell biology, diseases, tumors, drug development, and neuroscience.
Powered by Bioz See more details on Bioz

These products are vital for the proper use of this item and have been confirmed as effective in supporting functionality. If you use alternative products, the quality and effectiveness of the item may be affected.

To download a certificate of analysis for hTERT NF1 ipNF95.6 (CRL-3389), enter the lot number exactly as it appears on your product label or packing slip.

We have received your request for this certificate of analysis. We will contact you as soon as possible.

You can find your account number on your sales order confirmation or order invoice.

To download a certificate of origin for hTERT NF1 ipNF95.6 (CRL-3389), enter the lot number exactly as it appears on your product label or packing slip.

We have received your request for this certificate of origin. We will contact you as soon as possible.

You can find your account number on your sales order confirmation or order invoice.

Read more about safety information about this product

ATCC determines the biosafety level of a material based on our risk assessment as guided by the current edition of Biosafety in Microbiological and Biomedical Laboratories (BMBL), U.S. Department of Health and Human Services. It is your responsibility to understand the hazards associated with the material per your organization’s policies and procedures as well as any other applicable regulations as enforced by your local or national agencies.

Expand all Collapse all

Through generous support from the Neurofibromatosis Therapeutic Acceleration Program (NTAP), purchasers of these cells are eligible to receive up to a 100% reimbursement from NTAP.  For additional information and to apply for reimbursement after a purchase, please contact NTAP at [email protected] or visit the NTAP Website.

For study of Schwann cell biology, diseases and tumors. These cells are invaluable tools for dissecting the processes contributing to the formation of neurofibromas and possibly other diseases, and the development of disease models and therapeutics.

A team of researchers from the University of Florida, the National Center for Advancing Translational Sciences (NCATS), and Sage Bionetworks with support from the Neurofibromatosis Therapeutic Acceleration Program (NTAP) at Johns Hopkins, have developed and characterized a set of immortalized patient derived plexiform neurofibroma Schwann cells in an initial effort to create a series of cells that represent the genetic diversity of human plexiform tumors.1

Through generous support from the Neurofibromatosis Therapeutic Acceleration Program (NTAP), purchasers of these cells are eligible to receive up to a 100% reimbursement from NTAP.  For additional information and to apply for reimbursement after a purchase, please contact NTAP at [email protected] or visit the NTAP Website.

This product, and other immortalized cells from the collection, have undergone in-depth characterization and authentication.

To ensure the highest level of viability, thaw the vial and initiate the culture as soon as possible upon receipt. If upon arrival, continued storage of the frozen culture is necessary, it should be stored in liquid nitrogen vapor phase and not at -70°C.  Storage at -70°C will result in loss of viability.

Subculturing procedure
Volumes used in this protocol are for 75 cm2 flask; proportionally reduce or increase amount of dissociation medium for culture vessels of other sizes. Corning® T-75 flasks (catalog #430641) are recommended for subculturing this product.
Interval: Maintain cultures at a cell concentration between 1.0 X 104 and 1.1 X 105 cell/cm2.
Subcultivation Ratio: A subcultivation ratio of 1:3 to 1:8 is recommended
Medium Renewal: 2 to 3 times per week
Reagents for cryopreservation
Complete growth medium supplemented with 5% (v/v) DMSO (ATCC 4-X)

Intended use
This product is intended for laboratory research use only. It is not intended for any animal or human therapeutic use, any human or animal consumption, or any diagnostic use.
Warranty

The product is provided 'AS IS' and the viability of ATCC® products is warranted for 30 days from the date of shipment, provided that the customer has stored and handled the product according to the information included on the product information sheet, website, and Certificate of Analysis. For living cultures, ATCC lists the media formulation and reagents that have been found to be effective for the product. While other unspecified media and reagents may also produce satisfactory results, a change in the ATCC and/or depositor-recommended protocols may affect the recovery, growth, and/or function of the product. If an alternative medium formulation or reagent is used, the ATCC warranty for viability is no longer valid.  Except as expressly set forth herein, no other warranties of any kind are provided, express or implied, including, but not limited to, any implied warranties of merchantability, fitness for a particular purpose, manufacture according to cGMP standards, typicality, safety, accuracy, and/or noninfringement.

This product is intended for laboratory research use only. It is not intended for any animal or human therapeutic use, any human or animal consumption, or any diagnostic use. Any proposed commercial use is prohibited without a license from ATCC.

While ATCC uses reasonable efforts to include accurate and up-to-date information on this product sheet, ATCC makes no warranties or representations as to its accuracy. Citations from scientific literature and patents are provided for informational purposes only. ATCC does not warrant that such information has been confirmed to be accurate or complete and the customer bears the sole responsibility of confirming the accuracy and completeness of any such information.

This product is sent on the condition that the customer is responsible for and assumes all risk and responsibility in connection with the receipt, handling, storage, disposal, and use of the ATCC product including without limitation taking all appropriate safety and handling precautions to minimize health or environmental risk. As a condition of receiving the material, the customer agrees that any activity undertaken with the ATCC product and any progeny or modifications will be conducted in compliance with all applicable laws, regulations, and guidelines. This product is provided 'AS IS' with no representations or warranties whatsoever except as expressly set forth herein and in no event shall ATCC, its parents, subsidiaries, directors, officers, agents, employees, assigns, successors, and affiliates be liable for indirect, special, incidental, or consequential damages of any kind in connection with or arising out of the customer's use of the product. While reasonable effort is made to ensure authenticity and reliability of materials on deposit, ATCC is not liable for damages arising from the misidentification or misrepresentation of such materials.

Please see the material transfer agreement (MTA) for further details regarding the use of this product. The MTA is available at www.atcc.org.

Import Permit for the State of Hawaii

MORE INFORMATION ABOUT PERMITS AND RESTRICTIONS 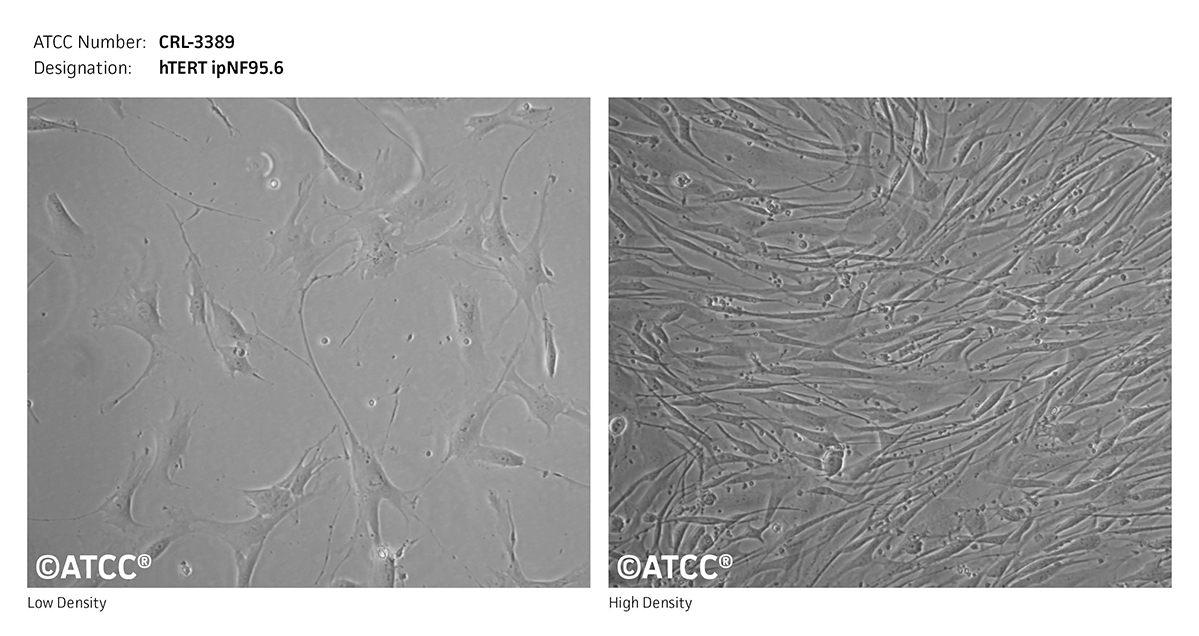 Need assistance with this product? Contact our Technical Support team.

Send us a message