Independent verification of data is one of the fundamental principles of scientific research that reaches across disciplines. The self-correcting mechanisms of the scientific method depend on the ability of researchers to reproduce the findings of published studies in order to strengthen evidence and build upon existing work. Stanford University medical researcher Dr. John Ioannidis, a prominent scholar on the topic of reproducibility in science, has pointed out that the importance of reproducibility does not have to do with ensuring the “correctness” of the results, but rather with ensuring the transparency of exactly what was done in a given line of research.1

Ideally, researchers should be able to re-create previous experiments, generate the same results, and arrive at the same conclusions, thus helping to validate and strengthen the original work. However, reality does not always meet these expectations. Too often, scientific findings in biomedical research cannot be reproduced;2,3 consequently, resources and time are wasted and the credibility of scientific findings are put at risk. Furthermore, despite the recent heightened awareness surrounding this issue, there remains a significant need to better educate students and research trainees about actions that can be taken to improve reproducibility. Here, we review several predominant factors affecting reproducibility and outline efforts aimed at improving the situation.

The phrase “lack of reproducibility” is understood in the scientific community, but it is a rather broad expression that incorporates several different aspects. Though a standardized definition has not been fully established, the American Society for Cell Biology (ASCB) has attempted a multi-tiered approach to defining the term reproducibility by identifying the subtle differentiations in how the term is perceived throughout the scientific community.

It is generally thought that the improvement of direct replication and analytic replication is most readily addressed through training, policy modifications, and other interventions, while failures in systematic and conceptual replication are more difficult to connect to problems of research conduct as there is more natural variability at play.

Many studies claim a significant result, but the findings cannot be reproduced. This problem has garnered increased attention in recent years, with several studies providing evidence that research is often not reproducible. A 2016 Nature survey, for example, revealed that in the field of biology alone, over 70% of researchers were unable to reproduce the findings of other scientists and approximately 60% of researchers could not reproduce their own findings.3

The lack of reproducibility in scientific research creates a number of problems, including negative impacts on patient health, lower scientific output efficiency, slower scientific progress, wasted time and money, and an erosion of the public’s trust in scientific research. Though many of these problems are difficult to quantify, there have been some attempts to calculate financial losses. A 2015 meta-analysis5 of past studies regarding the cost of non-reproducible research estimated that $28 billion per year is spent on preclinical research that is not reproducible. Looking at avoidable waste in biomedical research on the whole,6,7 it is estimated that as much as 85% of expenditure may be wasted due to factors that similarly contribute to non-reproducible research such as inappropriate study design, failure to address biases adequately, non-publication of studies with disappointing results, and insufficient descriptions of interventions and methods.

Factors contributing to the lack of reproducibility

Failures of reproducibility cannot be traced to a single cause, but there are several categories of shortcomings that can explain many of the cases where research cannot be reproduced. Some of the most significant categories include the following:

Reproducibility is broken – you can be part of the solution

A number of significant efforts have been aimed at addressing the lack of reproducibility in scientific research. Individual researchers, journal publishers, funding agencies, and universities have all made substantial efforts toward identifying potential policy changes aimed at improving reproducibility.16,18-21 What has emerged from these efforts is a set of recommended practices and policy prescriptions that are expected to have a large impact. 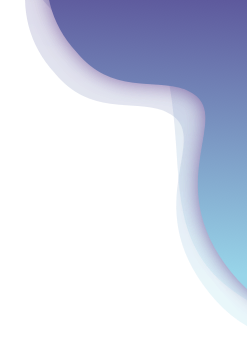 Take the next step to repair reproducibility 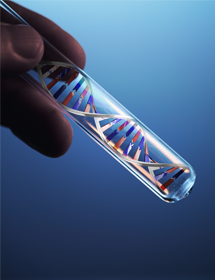 Don’t risk the integrity of your data. Authenticate your mouse and human cell lines in three easy steps.

Confirm the identity of your cells 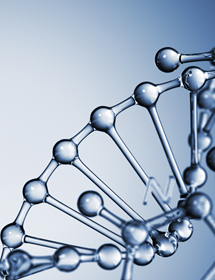 Discover how credible data paired with authenticated biomaterials inspires confidence in your research.

Gain confidence in your research

There is a varied and influential group of organizations that are already working hard to improve the reproducibility of scientific research. The following is a list of programs and initiatives aimed at supporting one or more aspects of the research reproducibility issue.

Most people familiar with the issue of reproducibility agree that these efforts are gaining traction. However, enduring progress will require sustained attention on the issue, as well as cooperation and involvement from stakeholders across various fields.

Accuracy and reproducibility are essential for fostering robust and credible research and for promoting scientific advancement. However, there are a number of predominant factors that have contributed to the lack of reproducibility in life science research. This issue has come to light in recent years and a number of guidelines and recommendations on achieving reproducibility in the life sciences have emerged, but the practical implementation of these practices may be challenging. It is essential that the scientific community employ objectivity when designing experiments, take responsibility for depicting their results accurately, and thoroughly and precisely describe all methodologies used. Further, funders, publishers, and policy makers should continue to raise awareness about the lack of reproducibility and use their position to promote better research practices throughout the life sciences. There is no easy answer for solving the problem on reproducibility, but by taking action and seeking opportunities for improvement, researchers and key stakeholders can help facilitate better research practices and improve the credibility of scientific data.

Resources to help improve the reproducibility of your research

With nearly a century of expertise with cell and microbial cultures, ATCC has acquired and developed a vast body of best practices to aid researchers at all levels of proficiency to maximize the return on their biomaterials investment. Our culture guides deliver that knowledge in a portable, easy-to-follow format.

Test your cells for contamination

As part of our continuing efforts to characterize and authenticate the cell lines in our collection, ATCC has developed a comprehensive database of short tandem repeat (STR) DNA profiles for all of our human cell lines.

Reproducible research starts with credible biological materials. That’s why we have made a commitment to the scientific community to enrich the characterization of our biological collections by using next-generation sequencing and making those data available to everyone through the ATCC Genome Portal.

Authenticity and Traceability for Microbial Genomes

This presentation highlights the importance of the authenticity and traceability of genomic data and details ATCC's approach to whole-genome sequencing, assembly, and genome annotation for producing high-quality, authenticated reference genomes. 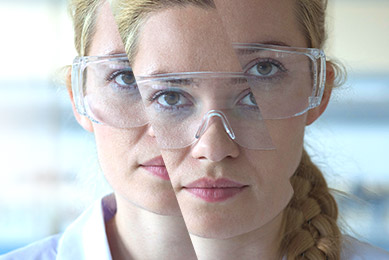 The ability to reproduce experiments is the bedrock of scientific knowledge. We surveyed  415 scientists from around the globe to understand the current state of reproducibility in science. Read our report to hear what they have to say.