Don't have your research invalidated

Recently, ATCC performed a broad-scale study that showed many of our internally produced bacterial reference genome assemblies differ greatly from their counterparts in public databases (we are seeking publication for this study).

Our analysis showed that while differences in sequencing and assembly methods will affect the results to some degree, the number and types of variations we found suggested that methodological differences were not the only factor. We believe that these differences are due to various laboratories and institutions performing sequencing years after purchasing the material from ATCC, allowing time for adaptation, contamination, or other issues to arise. These variations in technology, methodology, and time are likely responsible for how multiple GenBank assemblies of the same material have different genomic sequences. 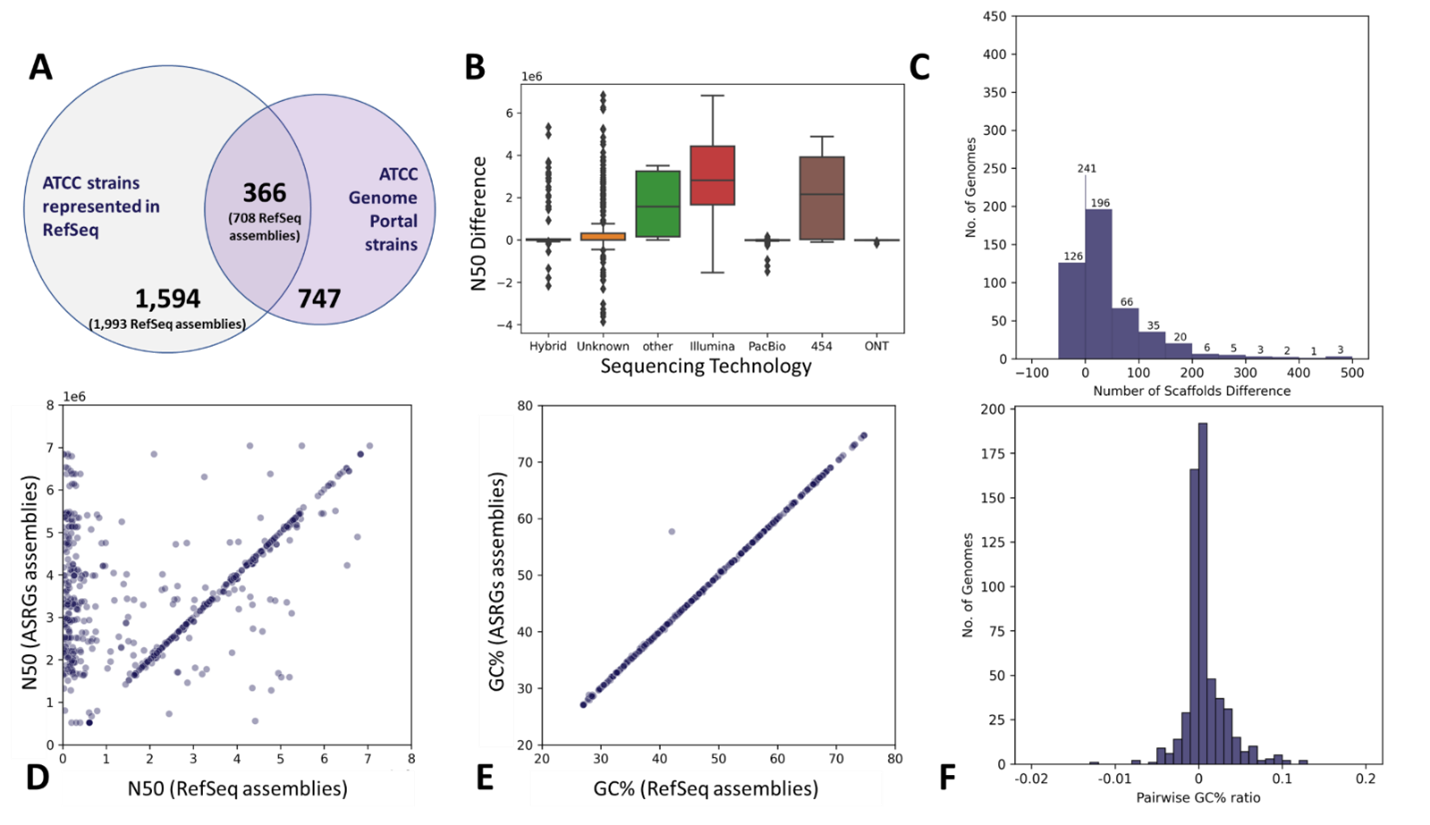 Comparative Metrics for 1,113 ATCC Standard Reference Genomes (ASRGs) vs. RefSeq Assemblies. (A) Intersection of ASRGs vs. RefSeq for strains labeled as being from ATCC. In parentheses are the total number of RefSeq assemblies, allowing for strain redundancy. (B) N50 variability of RefSeq vs. ASRGs by sequencing technology. Note the scale is 1×106. (C) Differences in contig counts for ASRG vs. RefSeq assemblies. Positive values indicating the RefSeq assembly had more contigs. (D) Ratios of ASRG N50 values (y-axis) to RefSeq N50 values (“public,” x-axis). Density along the diagonal indicates many assemblies are similar while the density along the y-axis indicates ASRGs with higher N50 value. (E) GC% for ASRGs (y-axis) to RefSeq (x-axis). Nearly all assemblies have less than 0.1% difference in GC content. (F) Pairwise GC% differences between ASRGs and comparable RefSeq assemblies for the same strain.

When bacteria are serially passaged, strains can acquire adaptive mutations over time that result in phenotypic variability and genome-level differences as compared to the original material.

A recent study by Artuso et al that illustrates this point caught our attention. In this study, titled “Genome diversity of domesticated Acinetobacter baumannii 19606T strains,” the team raised significant concerns regarding current laboratory practices surrounding the use of strains labeled as (ATCC 19606) but whose genomic data differ dramatically from that found on the ATCC Genome Portal.

Unlike the broad manuscript ATCC has produced, Artuso et al inspected specific variations and suggested that most of these variations are directly tied to multiple culture passages prior to sequencing. In a dramatic example, a 52 kb prophage was lost after serial culturing in some labs while it is present in material originating directly from ATCC. Consequently, these labs are using reference sequence information that does not reflect their existing stocks.

While Artuso et al resolve that A. baumannii strains in different labs likely exhibit significant diversity from comparably generic reference sequences and need to be treated as different strains, there is another argument to be made from this research: serial culturing comes with distinct risk. Reference genomic sequences can only reflect the precise strain they were drawn from, which further reflects the strains’ source and culture conditions. Changes to these conditions or repeated passages can induce expected or unexpected variations to the strain identity. These variations can reverberate throughout the academic research conducted using a serially cultured strain. Indeed, one could interpret the team’s conclusion regarding the evolutionary history of these stocks as calling into question the validity of any research using these stocks.

Both the study by Artuso et al and our study are microcosms of a larger emerging problem: the chain of custody from biological material to omics data is often incomplete or missing, and it must be maintained and reported so that ensuing research is well founded, authenticated, and valid. The solution is straightforward—start your research using authenticated material from ATCC to make sure your research results are sound and reproducible.

David Yarmosh is a senior bioinformatician in ATCC’s Sequencing and Bioinformatics Center. He’s a graduate of New York University’s Tandon School of Engineering. He has eight years of experience working in large data aggregation and analysis, five of which include microbial genomics with a focus on biosurveillance R&D efforts. David has led international training exercises in Peru and Senegal, sharing metagenomic analytical capabilities. His interests include genomics database construction, metadata collection, drug resistance mechanisms, bioinformatics standards, and machine learning. 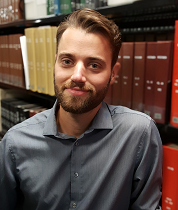 Ford Combs is a new member of ATCC's Sequencing and Bioinformatics Center, having joined in January 2021. As a bioinformatician, he primarily works on ATCC's internal sequencing projects by either assembling and analyzing data or testing and improving bioinformatics pipelines. He holds an MS and PhD in bioinformatics and computational biology from George Mason University. His dissertation focused on topological and machine learning-based approaches to protein secondary structure assignment. 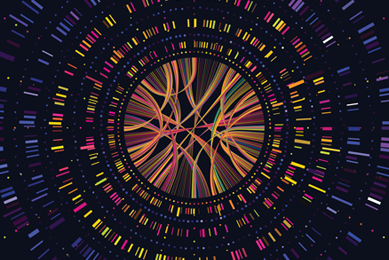 Mycoplasmas frequently contaminate cell cultures. Discover how rapid and sensitive detection can prevent the costly effects of mycoplasma on your research projects.

Reproducibility is an urgent problem. Explore what your colleagues believe is the source of the issue and what scientists can do to solve it.