Cancer is a family of diseases that have several features in common, centered around abnormal cell growth and the potential to spread to other parts of the body. The abnormal growth may form a tumor. Depending on the tissue, the tumor may take the form of a mass or lump; however, liquid tumors may be spread throughout the body.

There are six hallmarks of cancer that tumor cells display:

At its core, cancer is caused by alterations to genes that regulate cell growth and specialization (differentiation). These alterations can affect two classes of genes, oncogenes and tumor suppressor genes. Proto-oncogenes code for proteins that signal a cell to proliferate, but must be activated through some receptor-mediated transduction mechanism. Once mutated, they become the always-active oncogenes and no longer need a signal to instruct the cell to divide. By contrast, tumor suppressor genes code for proteins that tend to restrict cell division. When a tumor suppressor is either no longer active due to point mutation, missense mutation, or underexpression, it lacks the ability to restrain the cell’s pro-mitotic machinery, resulting in uncontrolled cell division.

Cancer cells are cells that have lost their restrictions on cell cycle and will grow continuously in vitro. Consequently, Cancer cells exhibit reduced cell cycle check points, diminished or absent DNA repair, and aneuploidy, resulting in population doubling rates that are higher than uninvolved cells.

While these characteristics are detrimental to an individual’s health, they make cancer cells a starting point for cancer therapeutic and diagnostic research. These cells can be either isolated from a continuously growing tumor or transformed in the laboratory such that their proliferation capacity is greatly increased. A continuous culture of cells that have been established using either method are often referred to as a continuous cell line, or simply a cell line. Some examples of cell transformation methods include the introduction of chemical agents such as benzopyrene, by radiation, or by transfection with viral oncogenes such as the SV40 large T antigen or the gene coding for the catalytic subunit of human. Thus, cancer-derived cell lines typically exhibit mutated or absent tumor suppressor genes or hyperactive oncogenes, which increase their doubling time and their hardiness.

Consequently, these cells exhibit reduced cell cycle check points, diminished or absent DNA repair, and aneuploidy, resulting in population doubling rates that are higher than those of primary cells. In addition, inappropriate expression of telomerase, often seen in cancer cells, eliminates the senescence characteristic of ordinary somatic cells. Therefore, Cancer cells are typically easy to maintain in culture, may be repeatedly passaged, and give rise to greater numbers of cells over the lifetime of the culture.

A variety of models for cancer research

Clinicians and basic researchers are challenged to discover treatments for cancer patients. Yet, the lack of available models relevant to tumor type, disease progression, and population diversity hinders progress towards rapid advancements in translational medicine.

The lack of authenticated cell models restrains the identification of the mechanisms of tumor growth for the rational development of novel treatments and diagnostic methods. In reality, cancer is a group of many diseases that feature uncontrolled cellular growth and spread through multiple mechanisms; therefore, researchers need a wide variety of model systems to isolate the mechanisms behind the growth and metastasis of each tumor type. ATCC can provide the starting point that cancer researchers need with tools such as:

The immune system is central to many forms of cancer, being critical in both its development and its treatment. Boost your cancer immunology research with well authenticated and characterized cell models focused on advancing areas such as cancer cell-directed therapies and immune cell-directed therapies. Our collection of primary immune cells and continuous immune cell lines includes CD34+ and CD14+ progenitor cells, primary mononuclear cells, lymphocytes, and leukocytes.

Surviving cancer relies on an early, accurate diagnosis of the disease. Scientists are continually designing laboratory and genetic assays to detect the tumor biomarkers that are constantly discovered. The development of these assays requires well-authenticated standards and controls to benchmark the results of the tests. ATCC has the tools you need to test your clinical laboratory assays, imaging techniques, and genomic analyses. We can provide: 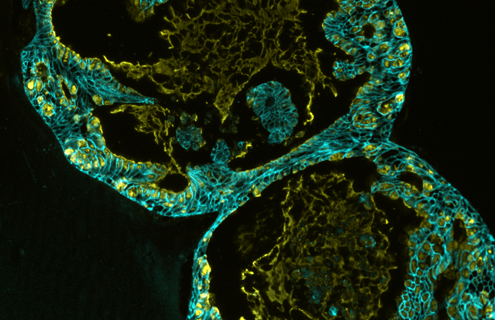 Culturing organoids can be intimidating. To help researchers get their organoids growing, ATCC scientists  created educational materials that contains everything you need to know about the initiation, expansion, and cryopreservation of organoids in embedded 3-D culture. Watch our instructional video on demand, or download the comprehensive organoid culture guide. 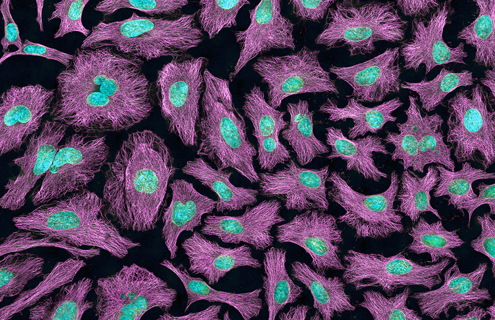 CRISPR/Cas9 is a powerful new tool for developing cell-based models with disease-relevant mutations. In this presentation, we describe how this advanced technology was used to introduce specific point mutation that confers drug resistance into the A375 melanoma line to create the MEK1 Q56P Mutant-A375 Isogenic Cell Line. The new isogenic cell line is resistant to both MEK and BRAF inhibitors, making it an ideal model for screening and evaluating novel therapeutics and combination treatments targeting multidrug-resistant melanomas. 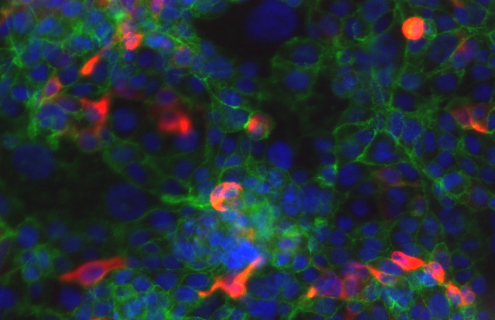 EMT and MET are physiological mechanisms implicated in cancer metastasis. To provide researchers with advanced biological models to study these phenomena, ATCC scientists used CRISPR/Cas9 to create a number of gene-edited EMT and MET reporter cell lines. This webinar will provide an overview of ATCC’s EMT/MET models and highlight compelling transition data. 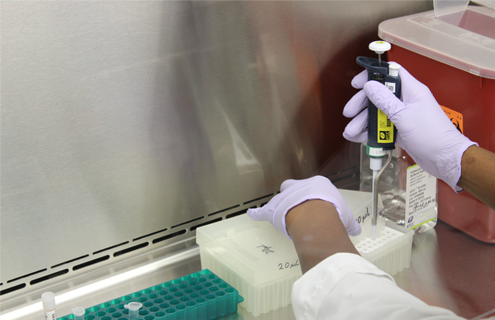 Contaminated cell lines undermine your experimental results and discredit preclinical studies. Your research is too important to risk. Be a part of the movement to raise credibility in science and order your mycoplasma testing services today.

A panel of 17 triple-negative breast tumor cell lines can speed your drug development.

A lymphoblastoid line from the same patient is available as ATCC CRL-5961.

Get the Cell Line

This panel can be used testing small molecules or biologics for cancer drug development.