Cancer researchers need the tools to understand the mechanisms that are downstream of genetic mutations to aid the development of new treatment protocols.

Tumor cell lines become powerful research models and drug discovery tools when the genetic abnormalities that drive their phenotype are known. ATCC has created a list of tumor cell lines based on the gene mutation information maintained in the Sanger Institute’s Catalogue of Somatic Mutations in Cancer (COSMIC) database.

Cell lines by genetic mutation for your research.

APC
Adenomatous polyposis coli (APC) is a tumor suppressor gene that plays a critical role in both cell division and adhesion through the regulation of the Wnt pathway protein, β-catenin. Mutations in the APC gene have been implicated in colon, lung, and esophageal cancers. These mutations can lead to impaired β-catenin regulation, altered cell migration, and chromosomal instability.

BRAF
BRAF is a proto-oncogene encoding B-RAF, a serine/threonine kinase of the RAF family that acts downstream of RAS and upstream of MEK in the MAPK/ERK signaling pathway. B-RAF mediates cell division, proliferation, and differentiation in response to a host of stimuli. Mutations in B-RAF lead to excessive cellular proliferation and enhanced survival, and they often underlie birth defects and thyroid and skin cancers.

CDKN2A
Cyclin-dependent kinase inhibitor 2A (CDKN2A) is a tumor suppressor gene. CDKN2A mRNA can encode three splice variants, two of which serve as inhibitors of the CDK4 kinase and are capable of inducing arrest at the G1 phase of the cell cycle.

CTNNB1
The catenin (cadherin-associated protein) beta 1 (CTNNB1) gene encodes the β-catenin protein. β-catenin is found in complexes that also contain cadherin cell adhesion molecules and are necessary for regulating cell growth and adhesion in epithelial cell layers. In addition, CTNNB1 can function as an oncogene when inappropriately localized to the nucleus; mutations of CTNNB1 are known to play a role in a variety of cancers.

EGFR
The epidermal growth factor receptor (EGFR) gene encodes for a single-pass transmembrane tyrosine kinase that is a member of the ErbB family of receptors. These receptors are involved in the control of cell growth and differentiation. Upon activation, EGFR initiates multiple signal transduction cascades including the MAPK, AKT, and JNK pathways. Mutations in EGFR have been associated with numerous cancers, and it has become a direct target for the development of anticancer therapeutics.

PIK3CA
The phosphatidylinositol-4, 5-bisphosphate 3-kinase, catalytic subunit alpha (PIK3CA) gene encodes the p110α catalytic subunit of class I phosphatidylinositol 3-kinases (PI3K). PI3K operates as part of the PI3K/AKT/mTOR pathway to mediate cell proliferation, survival, migration, and vesicular trafficking. Mutations in PIK3CA have been implicated in several cancers including those arising from colon, lung, ovary, and breast.

PIK3R1
The phosphatidylinositol-4, 5-bisphosphate 3-kinase, regulatory subunit 1 alpha (PIK3R1) gene encodes the p85α regulatory subunit of class I phosphatidylinositol 3-kinases (PI3K). PI3K operates as part of the PI3K/AKT/mTOR pathway to mediate cell proliferation, survival, migration, and vesicular trafficking. Mutations in PIK3R1 have been implicated in several cancers including those arising from colon, lung, ovary, and breast.

PTEN
Phosphatase and tensin homolog (PTEN) is a tumor suppressor gene that encodes for a lipid phosphatase protein that down-regulates PI3K activity. The phosphatase activity of PTEN inhibits the AKT signaling pathway and affects regulation of the cell cycle. Mutations in this gene are associated with a variety of cancers, including prostate, brain, skin, and breast.

RAS
The Rat Sarcoma (RAS) proto-oncogene encodes for proteins (KRAS, HRAS, and NRAS) that belong to the small GTPase superfamily. RAS proteins recruit and activate downstream effectors, such as those of the AKT and ERK signaling pathways that in turn affect cell growth, differentiation, and survival. Mutations in the RAS gene have been identified in pancreatic, colon, thyroid, bladder, and ovarian cancers, and they may be predictive of a very poor response to some cancer drugs (e.g., those that inhibit EGFR).

RB1
The retinoblastoma (RB1) tumor suppressor gene encodes a protein that regulates cell proliferation by controlling progression through the G1 cell cycle checkpoint. RB1 has three unique binding domains and interacts with regulatory proteins including transcription factors and the c-Abl tyrosine kinase. Loss-of-function mutants of RB1 have been observed in a host of cancers.

SMAD4
The mothers against DPP homolog 4 (SMAD4) tumor suppressor gene is involved in cell differentiation, embryonic development, and apoptosis. This gene encodes for a downstream effector of the TGFβ signaling pathway and is frequently inactivated in pancreas and colon cancers.

TP53
The TP53 gene encodes a major tumor suppressor transcription factor (p53) that plays a significant role in regulating cellular responses to DNA damage and other genomic anomalies. p53 activation leads to cell cycle arrest and DNA repair upon damage and initiates apoptosis when DNA damage is irreparable. Activated p53 binds DNA and activates expression of a diverse set of genes. p53 is modified post-translationally at multiple sites and binds a host of proteins to regulate the specificity of its activity. Mutations or deletions in the TP53 gene are found in greater than 50 percent of human tumors. 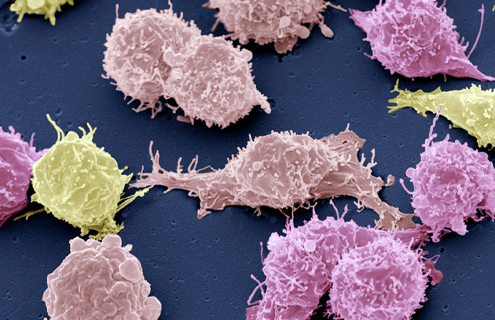 This guide organizes our ATCC tumor cell lines according to gene of interest and provides information for each line about the specific mutation. 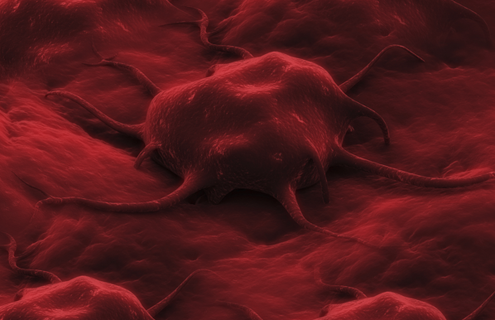 These panels help with pathway research and anti-cancer therapeutics.