The Art and Science of Growing Animal Viruses in the Laboratory: Best Practices in Virus Culture

Employing good aseptic technique and understanding the specific culture requirements of a strain are essential for optimal viral growth. In this webinar, we will discuss the basic principles for propagating animal viruses in the laboratory. Here, we will highlight best practices for making good virus stocks with an emphasis on the art and science of virus culture that should be followed to help avoid contamination and cross-contamination. Further, we will provide an in-depth look at viral culturing practices in both cell culture and embryonated chicken eggs using Influenza virus as an example. 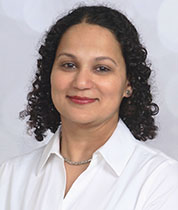 Dr. Sujatha R. Rashid is a Virology Scientist at ATCC. She received her Ph.D. from the Christian Medical College, Vellore, India, where she also received training in medical and clinical virology. She has lead management oversight of the virology collection in Microbiology and Infectious Diseases Biological Resources Repository (MID-BRR), also known publicly as BEI Resources, which is a government-funded biorepository managed by ATCC. 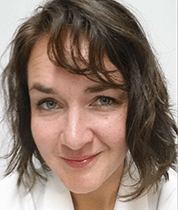 Dr. Jessica M. Shifflett has 10 years of virology and assay development experience at ATCC. She earned her M.S. in Microbiology at George Mason University working with Dr. Yuntao Wu.

Expand All Collapse All

Does Influenza PR-8 make plaques? I am having trouble performing a plaque assay with this strain.

Performing a plaque assay for Influenza virus is challenging. Influenza A virus A/Puerto Rico/8/34 (H1N1) (ATCC No. VR-1469), which is tissue-culture adapted to MDCK cells, has been found to successfully form plaques during a plaque assay (lot 61465052 titer 3.9 x 107 pfu/mL in 3 days on MDCK cells at 35°C). A single virus clone isolated by plaque purification and the selection of a large plaque-producing clone may help you get even-sized plaques. Further, it is important when performing a plaque assay that the overlay of media containing agarose should also include TPCK-trypsin to promote multicycle replication.

How critical is 35°C when culturing Influenza A virus?

A range of 35°C-37°C for Influenza A virus is a good starting point, but a higher titer may be achieved with a different temperature. The viruses can become adapted to a certain temperature; this would need to be determined experimentally by strain and by cell host. Minor viral mutations generated during virus expansion include acquiring HA mutations that facilitate efficient replication in eggs and cell cultures, and there will be the selection of subpopulations that are temperature sensitive. According to some reports, some avian Influenza A viruses grown in embryonated chicken eggs can be grown at 35°C, 37°C, and 39°C. Avian Influenza viruses in cell culture are cold-sensitive. Swine Influenzas in cell culture are dependent on virus strain and cell type.

How do I check for Mycoplasma contamination of cultures in my lab?

Mycoplasma contamination can be detected using the ATCC Universal Mycoplasma Detection Kit. This PCR-based text can be used to detect over 60 species of Mycoplasma, Acholeplasma, Spiroplasma, and Ureaplasma, including the eight species most likely to afflict cell cultures.

How do I get rid of Mycoplasma contaminants in my virus cultures?

Many reagents are commercially available; these can include combinations of antibiotics or chemicals that affect Mycoplasma. Treat contaminated cultures for 2-3 passages with the removal agent, then passage another three times in the absence of the anti-Mycoplasma agent to ensure that Mycoplasma is truly eliminated. You can also treat contaminated cultures with ether; please note that this method should only be used when culturing ether-resistant viruses.

If you are cleaning a positive-stranded RNA virus, we have been successful with extracting vRNA from the culture and then transfecting that vRNA into the cell line. The lysis buffer used during the extraction process will get rid of Mycoplasma. This method generally helps to avoid passaging of the virus.

How do you differentiate between cytopathic effect &#40;CPE) and cytotoxicity?

Viral-induced CPE in host cells is caused by lytic virions. Always check for early signs of CPE, which begin in small foci and then spread across the monolayer. In contrast, cytotoxicity will appear throughout the monolayer. The use of suitable controls, such as mock infected host cells that have been treated in the same manner as the virus-infected flasks, can help distinguish between CPE and cytotoxicity.

How do you pick a host cell line for something you’ve never grown before, such as a newly emerged virus in a clinical specimen from suspected case?

We recommend starting with a literature search to see how members of the virus family were propagated as well know what type of disease the virus causes. Then, inoculate 2-4 different cell lines that appear appropriate for growth.

Is there a specific MOI that you have found works best for each family of viruses? For example, 0.01 for Herpes or 0.001 for Parvo?

There are suitable MOI ranges for virus families; however, we tend to consider both growth information and the passage history of that particular isolate when making decisions on the range of MOI that would be optimal for virus culture in a particular host cell. A general rule is that viruses that grow rapidly and are well adapted for host cells can be grown at a lower MOI. For those viruses that grow slowly, such as JC virus, use a higher MOI to get an efficient infection.

While the MOI is considered to be quantitative, it is better to refer to it as a qualitative term as it lacks precision unless all variables are controlled. To achieve reproducibility of experimental data, the virus concentration, infection time duration, and target surface area must all be considered. When reviewing literature that calls for a particular MOI, check if all of the significant variables of an infectious protocol are described; otherwise, we recommend doing a growth kinetics curve for that strain of virus.

What do you suggest for viral inactivation, formaldehyde or beta-propiolactone (BPL)?

Decision of suitability is based on the consideration of not only the virus agent, but also the intended use of the inactivated virus (e.g., vaccine for animal experiments or antigen preparation for immunological assays). For example, although formaldehyde-inactivated vaccines are successful in eliciting protection against influenza, it has been reported that formaldehyde interferes with the fusion ability of the inactivated virus particle, which in turn prohibits an optimal cytotoxic T lymphocyte (CTL) response.

The amount of BPL required to inactivate a virus differs depending upon the virus group and culture preparation. For example, for the same Influenza virus strain, different amounts of BPL may be required if the sample is purified versus harvested from allantoic fluid. The high protein content in allantoic fluid can be challenging for the BPL treatment process; protein tends to enhance the hydrolysis of BPL, thus requiring more time or a higher concentration of BPL to complete the inactivation. Further, during BPL hydrolysis, the pH decreases, resulting in a conformational change in viral proteins such as hemagglutinin of influenza virus. Bringing the pH up to neutral during inactivation is therefore recommended.

BPL is also carcinogenic and handling higher concentrations of the inactivating agent is regulated in the United States by OSHA. Another consideration is the residual amounts of the inactivating reagents in the material and their effect on down-stream use. The rapid hydrolysis into non-toxic, non-carcinogenic byproducts will completely eliminate BPL levels from the reaction within 2 h at 37°C. This gives BPL an advantage over formaldehyde inactivation as residual formalin must be removed by other methods. Another advantage of BPL is that all reactions with BPL are rapid and stable. Further, the rapid hydrolysis of BPL also results in a phenomenon called “tailing”, which is a reduction in the inactivation rate during treatment. Viral inactivation curves after exposure to BPL are not linear; this is due to the decrease in BPL concentration over time due to the reaction of BPL with the virus, water, or media components, which decreases the rate of inactivation over time.

Where can I send my cell lines to be checked for cell line authentication?