Protocol for the Thawing, Expansion, and Cryopreservation of Mouse Small Intestinal Organoids

Organoids are complex, self-organizing, three-dimensional in vitro cell culture models that better recapitulate in vivo physiology than traditional two-dimensional culture systems and continuous cell lines. They have many applications in basic and preclinical research, including studies on organogenesis, self-renewal, and the role of the stem cell niche; research on the pathogenesis of cancer and other diseases; and the development and screening of novel drugs. Further, organoids are amenable to many common assays utilized with typical two-dimensional cell culture models such as immunostaining; microscopy, including high-content imaging; and DNA, RNA, and protein analyses. Techniques that are more specialized, such as confocal microscopy or sectioning, may be required to visualize the interior of large organoids that resemble "microtissues." Alternatively, organoids can be disassociated and analyzed by flow cytometry or other methods at the single cell level.

Organoids can be generated from normal or diseased primary tissues of human or animal origin, as well as from induced pluripotent stem cells.1 To date, a number of tissues and organ structures have been recapitulated using organoid model systems (eg, intestine, liver, prostate, breast); these systems exhibit tissue-specific features such as differential cell types and tissue-relevant functions, and they are reported to remain genotypically and phenotypically stable over time.2 The "mini-gut" was one of the first organoid systems to be described3; this model enables the long-term growth and expansion of organoids from the small intestine of mice and humans. Starting with a purified population of stem cells or intestinal crypt fragments isolated from primary tissue, organoids appear within a week after culture and are capable of being rapidly expanded. 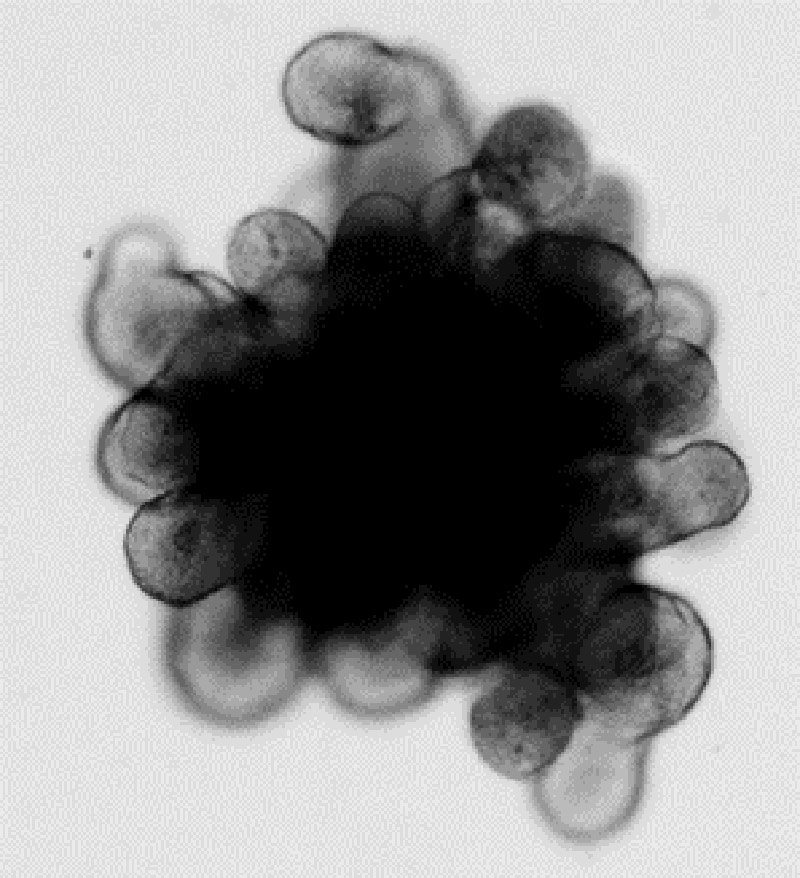 A key feature of most organoid culture systems is that they require the use of an extracellular matrix (ECM) and specialized, serum-free growth medium containing multiple growth factors and small molecule additives. Organoids are grown embedded within drops or "domes" of solidified, typically undefined, ECM, which allows the organoids to grow in three dimensions (Figure 1 and Figure 2). To expand and continue the culture, organoids are recovered from the ECM domes and are then disassociated into fragments or single cells via enzymatic digestion or mechanical disruption. Intestinal organoids, in particular, exhibit complex morphology with a central lumen from which extensive budding crypts emerge that contain stem cells and differentiated cells (Figure 3 and Figure 4). Here, we describe a protocol for the initiation, culture, and subsequent cryopreservation of mouse small intestinal organoids starting from previously cryopreserved primary tissue-derived organoids.

Figure 2. Schematic of a 3-D organoid culture. Overview of an embedded organoid culture system using mouse small intestinal-derived organoids. The bright-field image was captured with a 10X objective and has been enlarged to show organoid morphology and is not to scale. 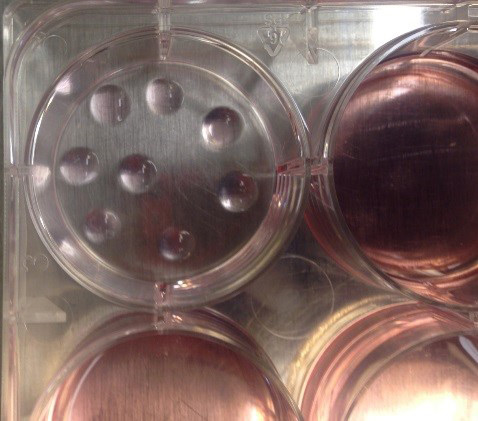 Figure 3. Appearance of properly dispensed Cell Basement domes. One well of a 6-well plate containing eight cell basement domes after polymerization and before overlay with medium 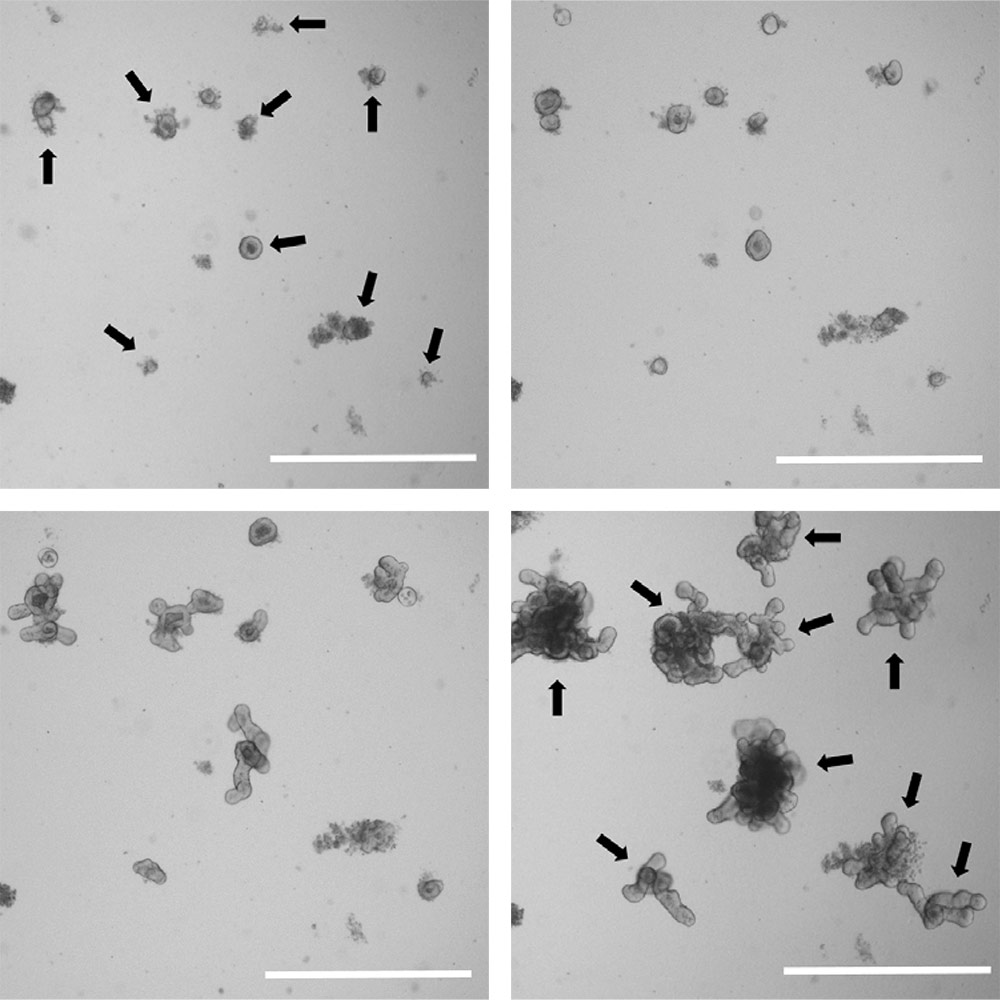 See all our organoids

This product is totally free of animal-derived components.

Increases organoid formation efficiency and recovery from thawing and passaging.

Stem Cell Freezing Media is a serum-­free, xeno-­free, complete medium for the cryopreservation of various types of human and non-human animal stem cells.

The CoolCell LX container, with a -80°C freezer or dry ice locker, will provide the freezing rate of -1°C per minute that’s ideal for cryopreservation.

Appendix A. Formulation of complete medium