As toxicologists, we are challenged to identify the adverse effects of a broad range of substances to protect people and the environment. It is critical that the standards and model organisms used in toxicological testing are reliable and authenticated. The drug development process is both lengthy and costly; it takes eight years on average for a new drug to be approved and approximately $1B to bring the drug to market. Even with the high investment of time and resources about 90% of new drugs fail during clinical studies. To avoid late stage failures, a ‘fail early’ approach is taken, whereby in vitro models are used to predict in vivo outcomes.

In drug development, toxicology can be broken up into three major areas.

Are you in the early stages of modeling, screening, and characterizing you candidate compounds?

The earliest stages of toxicology testing involve modeling, screening, and characterizing the candidate therapeutic compounds to evaluate their feasibility as a drug. While modeling studies may be performed in silico, screening and characterization studies require a living system. Large numbers of compounds will be tested during this phase, so the models used in these tests must be available in large numbers. Cell lines are the ideal model system for this area of toxicology studies. Many cells lines can grow quickly, producing large numbers of cells needed for high-throughput screening of candidate compounds; other cell types retain the characteristics of the parental cells, allowing the toxicologist to assess the potential organ-specific, physiological effects of the candidate on normal biologies.

Are you to the point in your research where you need a model that reflects true physiology?

The FDA requires confirmation of preliminary screening and characterization studies for new drug applications with experiments performed in more physiologically relevant models. While continuous cell lines can be relied upon to proliferate rapidly and provide large numbers of cells for screens, they lose many of their in vivo physiological properties. Therefore, the results of early screens need to be confirmed in a model that more closely resembles mammalian physiology. Acquiring adequate numbers of physiologically relevant cells to perform confirmatory tests is a challenge for toxicologists. To help the success of your preclinical studies, ATCC provides advanced cell models for toxicity testing, such as Differentiated iPSCs, and primary and hTERT-immortalized Primary Cells.

Need a functional model to explore the absorption, distribution, metabolism, and elimination (ADME) of a new chemical entity?

Testing for ADME is crucial to moving your product to market. These four areas contribute to the actual levels of active drug in tissues and pharmacological effect. For absorption, something about how the drug gets into the body. For distribution, this talks about how the drug moves from one tissue compartment to another. For metabolism, this describes how the compound gets broken down, and the activity of the drug after it is broken down. For excretion, this area describes how the drug is removed from the body.

Get closer results to those observed in vivo and rule out possible toxicities faster by using our entire ADME portfolio, featuring our hTERT-immortalized renal transport protein-expressing kidney cells and upcyte Hepatocytes. ATCC is here to support your metabolic stability, metabolite identification, and drug-drug interaction assays with our renal and hepatic models.

The Application of hTERT-immortalized Primary Cells in Toxicological Assays

Using well-characterized hTERT-immortalized cells, ATCC has created credible cell models for toxicological studies on the kidney, skin, airway, and vasculature. Our data show that these modified cell lines are effective tools that provide tissue-relevant results and reproducibility for any cell-based assay, including toxicology assays.

To address the lack of advanced biological models of the nervous system, ATCC created neural progenitor cells (NPCs) from normal and Parkinson’s-derived iPSCs. Here we detail NPC neural biomarker expression profiles during neuron differentiation and validate their use in toxicological studies. 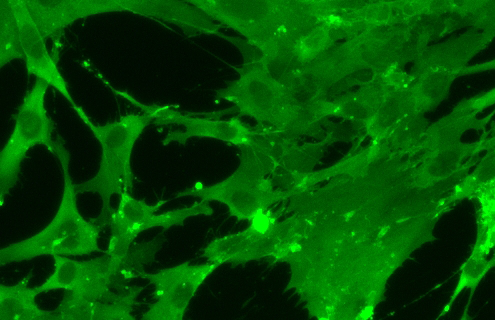 RPTEC/TERT1 OAT1 cells can be used for kidney drug toxicity screening and research.

The cells are useful for studies of liver cell metabolism and xenobiotic formation for in vitro toxicology studies.

Use these cells in toxicology screening, cosmetic research, wound repair studies, and response to UV radiation.

These XCL-1 GFAFp cells are used for neuronal differentiation and drug screening.

RPTEC/TERT1 OAT3 cells can be used for kidney drug toxicity screening and research.