Viral Metagenomics and the Use of Standards: From Biology to Clinical Applications

Viruses can infect bacteria as well as a myriad of eukaryotic cells. Virus membership and function within the human microbiome are being revealed with the advent of metagenomics, and knowledge on these communities will continue to expand with the application of new sequencing technologies and analysis tools. This information is readily translating into clinical applications, which include, but are not limited to, the rapid sequence identification of pathogenic viruses and phage therapy. However, without appropriate standards and controls, researchers are unable to make meaningful cross-study comparisons or assess biases that can be introduced at different stages of a viral metagenomics pipeline. As the field of viral metagenomics translates into clinical and other applications, the implementation of viral standards and controls is of increasing importance. 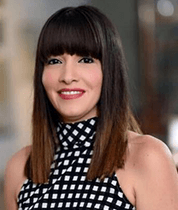 Dr. Tasha M. Santiago-Rodriguez is currently a Microbiome Bioinformatician at Diversigen in Houston, Texas. She received a PhD from the University of Puerto Rico in Public Health Water Microbiology, characterizing bacteriophages as indicators of water quality. Dr. Santiago-Rodriguez conducted postdoctoral research at the University of California, San Diego, focusing on virome research related to methicillin-resistant Staphylococcus aureus (MRSA) infections, urinary tract infections, and antibiotic use. Dr. Santiago-Rodriguez was also a recipient of a postdoctoral fellowship from the Howard Hughes Medical Institute to conduct research on ancient microbiomes and viromes. She later joined the American Type Culture Collection (ATCC) Center for Translational Microbiology to develop standards and controls for microbiome research.