Human iPSC-derived NPCs and neurons can be used in in vitro disease modeling, toxicity screening, and drug screening

Neurological models are critical to understanding the physiology of the nervous system and for assessing the neurotoxicity of pharmaceuticals and environmental compounds. In this study, we examined the ability of a novel medium to stimulate neural progenitor cells (NPCs) to differentiate into multiple types of neurons. To determine the suitability of the NPC culture system for use in toxicological studies, we investigated the sensitivity of the NPCs and dopaminergic neurons for various known toxic compounds.

Human induced pluripotent stem cell (iPSC)-derived neural progenitor cells (NPCs) and neurons are an attractive in vitro model to study neurological development, neurotoxicity, and to model disease. However, there is a lack of validated NPC lines and media that support differentiation into multiple types of neurons for disease modeling, drug screening, and toxicity screening.1-6

New model systems that recapitulate the components of the nervous system are vital for novel neurobiological discoveries and for toxicological testing. Because the nervous system is one of the most complex organ systems, it is difficult to recreate in a culture dish. Neurons do not expand quickly or at all, neural differentiation occurs over months, and knowing when your neurons are ready for experiments can be challenging. Current in vitro models of the nervous system typically consist of tissue slices or neurons isolated from cadavers and animals, neural cells derived from continuous cell lines (eg, SH-SY5Y, Neuro-2a, and PC-12), and neural cells derived from iPSCs.7-12 However, primary sources can suffer from donor variation and continuous cell lines may not faithfully represent the in vivo state. Additionally, it can take two or more months before iPSC-derived differentiated neurons are ready for experimentation.13

NPCs combine the best qualities of continuous cell line–, primary cell–, and iPSC-derived neurological models. NPCs can be expanded over 10 passages and fully differentiate into neurons in as little as 3 weeks. In addition, NPCs do not suffer from donor variation because they are derived from a single clone. ATCC recently created a complete NPC system of cells and media supplements. This application note describes the characterization and validation of 2 of those cell lines, an expansion medium, and a dopaminergic neuron differentiation medium.

NPC solutions from ATCC are a complete system

Human iPSC-derived NPCs and neurons provide an unlimited resource for in vitro disease modeling, toxicity screening, and drug screening. ATCC has developed normal and lineage-specific GFP or Nanoluc-HaloTag reporter NPCs. The normal and reporter-labeled NPCs have the potential to be differentiated into dopaminergic, GABAergic, glutamatergic, motor, and cholinergic neurons after treatment with ATCC Dopaminergic Differentiation Media. In addition, NPCs and NPC-derived neurons have been validated for drug screening with several neurotoxicants by using a resazurin viability assay and high-content imaging assessment. Therefore, ATCC NPCs, NPC Expansion Media, and Dopaminergic Differentiation Media are suitable for studying neurological development and neurotoxicity screening. 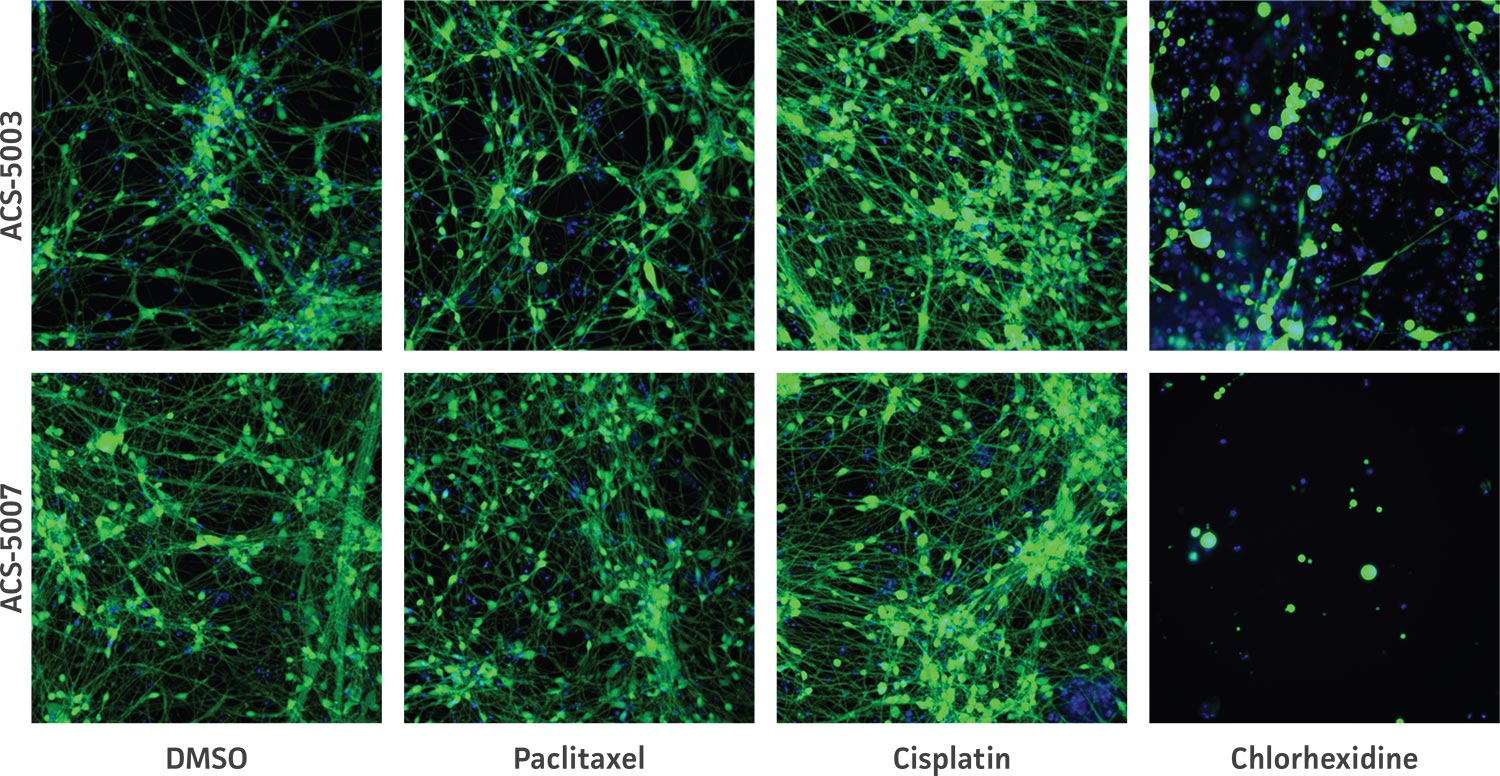 Get the Gel
See our collection of neural progenitor cells