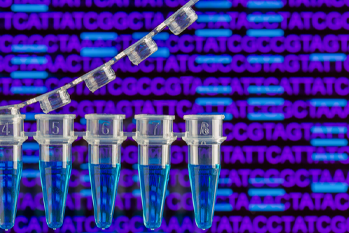 Genetic engineering is the artificial manipulation of genomic material via biotechnology. Not only has this burgeoning field of research contributed to our understanding of individual genes and complex genetic pathways, it has also enabled researchers to find new ways to produce essential therapeutics needed for human survival.

Over the last several decades, molecular-based methods like homologous recombination, molecular cloning, and DNA sequencing have transformed the biological sciences. In the life sciences, these methods have enabled a more in-depth understanding of individual genes and their function within complex pathways through the ability to knock out specific genes in the genomes of microorganisms, cell lines, and animal models. Knockout mice, for example, have provided an invaluable tool for understanding the role of specific genes in development or normal physiology. Because mice and humans share many of the same genes, mice are often used as a model for studying many biological processes in humans. Here, knockout mice can be created to express a mutated gene of interest to uncover the downstream effects of the mutation and identify how the resulting condition can be treated.

These molecular-based techniques have also made it possible to synthesize large quantities of essential therapeutics like human insulin. Prior to genetic engineering, insulin production relied on purified preparations harvested from pig or cow pancreases. This methodology was limited as animal and human insulin differ in composition and the finite supply of animal pancreases would not be able to keep up with the increased demand for insulin. Using genetic engineering, researchers were able to solve both of these concerns through the development of recombinant bacterial and yeast strains that could express the human insulin gene. These recombinant microbes could be easily scaled-up to meet insulin demands, and the insulin produced demonstrated purity and consistent quality.

With advancements in DNA synthesis and sequencing, researchers have added new techniques to their genetic engineering arsenal. The development of CRISPR/Cas9 gene-editing technology, for example, has revolutionized basic and medical research by enabling the generation of site-specific mutations in cell lines. With this technology, cancer researchers can make precise changes to the genome of a target cell line in a way that mimics the genotypes and phenotypes found in clinical tumor samples. The resultant models are both biologically relevant and biomarker specific, enhancing the ability of drug developers to identify novel therapeutics that will be effective against a particular cancer type.

Overall, the opportunities afforded by genetic engineering are endless. At ATCC, we are committed to supporting this incredible field of research by providing the solutions needed to succeed. Explore our resources below to get started.

DNA, RNA, and proteins coordinate all of the biological processes within the human body.  By understanding the structure, function, regulation, and interactions of these molecules, scientists are offered valuable insight on the complex inner workings of the biological pathways that make life possible. The application of this knowledge has led to significant advancements in disease prevention and treatment, genetic engineering, and diagnostics development. 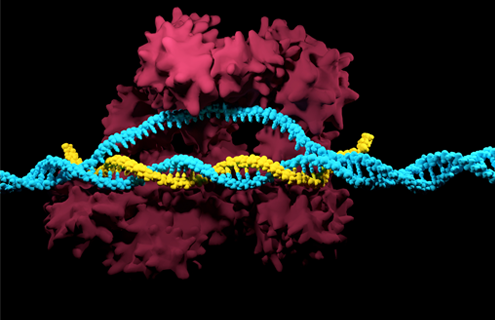 CRISPR/Cas9 gene-editing technology is one of the most outstanding scientific breakthroughs in recent years, revolutionizing basic and medical research by enabling site-specific genetic engineering of cell lines. Explore how this technology can be used to develop advanced biological models for applications in cancer research and drug discovery. 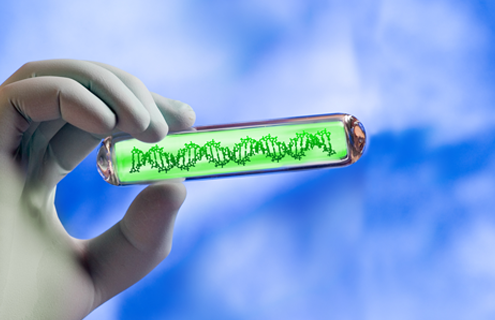 Synthetic biology combines science and engineering to gain a deeper understanding of how genetic parts work together and how they can be combined to produce useful applications toward improving human and environmental health. Discover more about this exciting field of research and how it can be applied toward vaccine manufacturing, bioremediation, biocontrol, and more!

This cell line can be used to carry out CRISPR genome editing applications with high efficiency; to create knock-out for studying biological function of genes; and as a platform to optimize gene editing gRNAs or donor plasmids

A basic tool kit for the construction of complex genetic circuits in Saccharomyces cerevisiae.

A carrier vector designed for use in the construction of a single transcription unit and gene circuit.

This cell line can be used to carry out CRISPR genome editing and create knock-outs for studying biological function of genes.

This workhorse cell line expresses the catalytically dead dCas9 fused to a Krüppel-associated box (KRAB) transcriptional repression domain and can be used to carry out CRISPRi-mediated gene knock-down.

This brain tissue-derived cell line can be used to carry out CRISPRi-RNA–guided gene expression repression (knock-down) for applications such as cancer and neuroscience research.